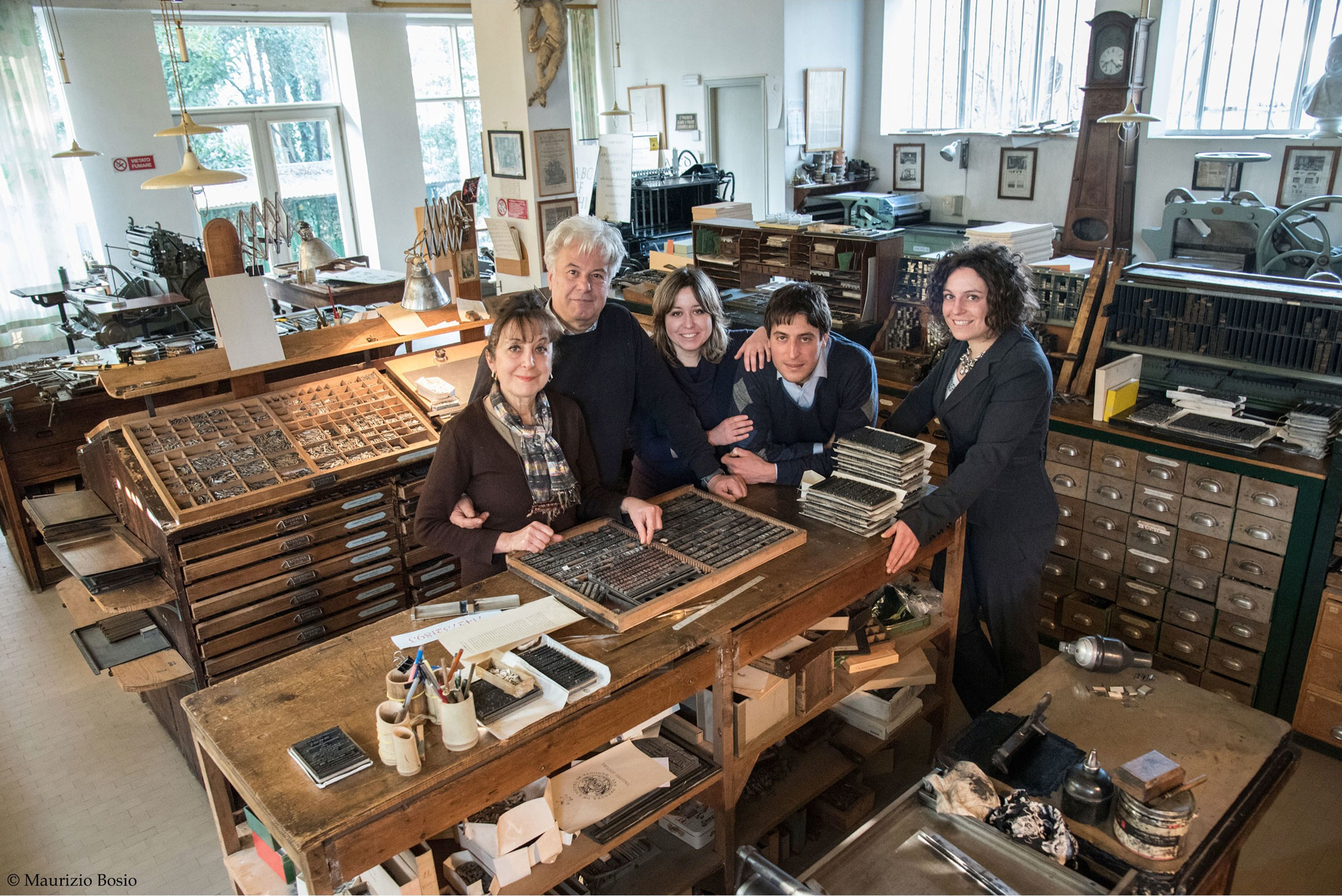 The production of the Tallone Press results in a diverse catalog of some 400 books, ranging from Greek philosophers to the great classics of worldwide literature and contemporary poets, in a multiplicity of languages and book formats. Each is entirely typeset by hand in original foundry types, letterpress printed and hand-bound to a new typographic design, thus creating a “book-diversity", which is unique in the publishing scene. Alberto Tallone (1898-1968), the son of the poetess Eleonora Tango and the painter Cesare Tallone, grew up in a fervent artistic environment. In the century of pure poetry, he was a proponent of pure typography. He established his publishing house in Paris in 1938, taking over both Léon Pichon’s and Maurice Darantière’s typographic studios with their vast endowment of original foundry types. Ten years later, Alberto amplified the studio’s endowment with his distinctive Tallone type, punch-cut by Charles Malin, the design of which encompasses both Italian and French tradition, and so was immortalized in 2016 with a monument at the Italian Cultural Institute in Paris. Alberto moved the studio home to Italy in 1960. His goal of conveying the best possible reading experience, while combining aesthetic and philological accuracy, has been pursued since the 1970s by his son Enrico with his wife Maria Rosa and their three children. A unique case of continuity, the Press has been functioning since the half of the 18th century and it has now passed through three generations in the Tallone family. Most recently, the Press published Jean-Luc Nancy, Stabat Mater. Dies Iræ. Deux Contrepoints, a first edition printed in French. It was followed by Guido Ceronetti's new translation of the Old Testament's Ecclesiastes, printed in Italian, and a collection of Emily Dickinson's poems printed in English. The first copies include original art works, respectively, by Claudio Parmiggiani, Mimmo Paladino and Giulio Paolini.