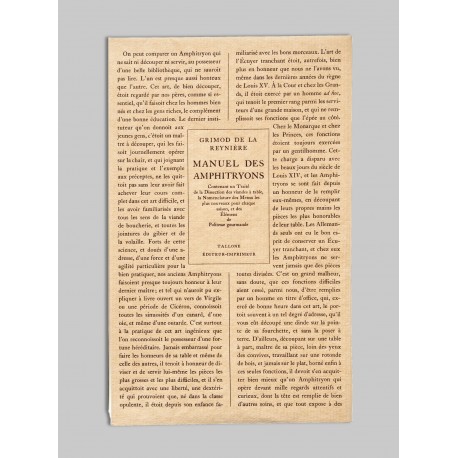 With essays by Armando Torno (in Italian) and Gérard Roero di Cortanze (in French).

Volume in 8vo format of 300 pages entirely typeset by hand in point 12 Caslon types, cast by the Caslon Foundry from the original 18th-century matrices, those derived from the original punches cut by William Caslon. This type has been in use for more than two centuries and it is one of the most ancient original type owned by the Tallone Press.

It has occurred many months and 360 thousands metal types to set by hand all the 300 pages of the volume.

Brilliantly written at the beginning of the 19th century by one of the founders of modern Western Gastronomy, the volume celebrates the return to the pleasures of the table after the Reign of Terror, when Arts and Sciences could again flourish in the cultured symposiums both held in private palaces and in the newly-born restaurants.

Total print run of 320 copies, of which 200 printed on laid cream-color Magnani paper.

The other 120 copies are the following:

- 48 on different Fabriano and Magnani pure-cotton papers, either hand-made or made on the round-machine (images and prices on request). 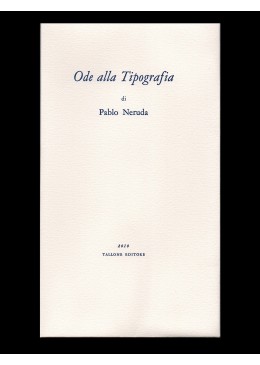