Limited edition of 70 copies typeset by hand in movable types, letter by letter, and letterpress-printed.

Chef Cesare Giaccone from Langhe (Piedmont) is considered by the New York Times to be one of the absolute protagonists of contemporary Italian haute cuisine.

Three recipes, light and springy, invite to react to the current lockdown situation (2020-21), by thinking about the pleasures of conviviality and good food.

Limited edition of 70 numbered copies printed on pure-cotton Magnani paper, made in Tuscany.

Three recipes "Asparagus and favette strawberries", "Hot sea in Langhe" and "Potatoes with grappa”, with a premise by Orlando Perera, journalist and gourmet, who offers us a cunning, ironic portrait of chef Cesare Giaccone and his life spent in Langhe.

A booklet in 8vo format (cm 25x15) of 16 pages typeset by hand in Ruano type, designed by Raffello Bertieri and Alessandro Butti for Nebiolo Foundry, 1926. This typeface is derived from the calligraphy of Ferdinando Ruano, who worked for the Pope in Rome in the 1600s.

This type is particularly suitable to describe a cuisine that blends Baroque magnificence with lightness and modernity: 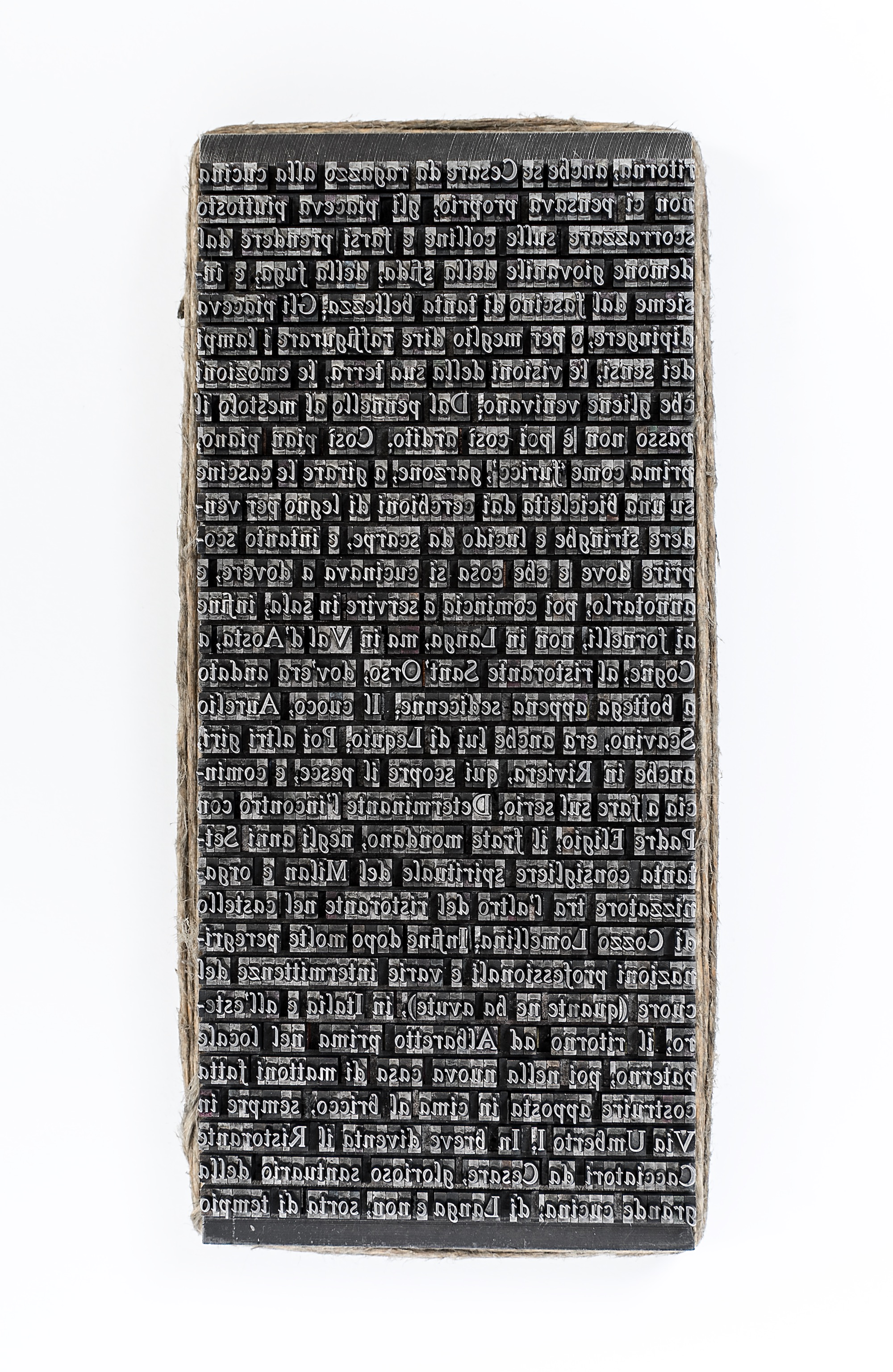 Among the classics of literature published by the Tallone Press, there are Brillat-Savarin "Phisiologie du Goût" and Grimod de la Reynière “Manuel des Amphitryons”, which celebrate the return to the pleasures of the table after the Reign of Terror, when Arts and Sciences could again flourish in the cultured symposiums both held in private palaces and in the newly-born restaurants.

Similarly, these three recipes invite to react to the current lockdown situation (in 2020-21).

Moreover, for a total print run of 76 copies, the following 6 special copies have been printed (prices and images on request):

- 4 numbered copies on Montval paper handmade in France in the 1930s. This legendary paper was used by the major artists of the time, such as De Chirico, Mondrian, Léger, Picasso and Chagall. Aristide Maillol designed its watermark: the famous silhouette of a naked woman, which inspired his most famous sculpture, “Méditerranée”;

- only copy on “all’onda” paper, expressly handmade in 1966 for the restoration of the ancient books which were damaged by the flood happened in Florence on November 4th;

- only copy on Lana paper handmade in France for Tallone’s edition of Manzoni’s “Promessi Sposi”. The choice of this paper was dictated by the parallelism that links the current pandemic to the plague described in the famous novel set in the seventeenth century.