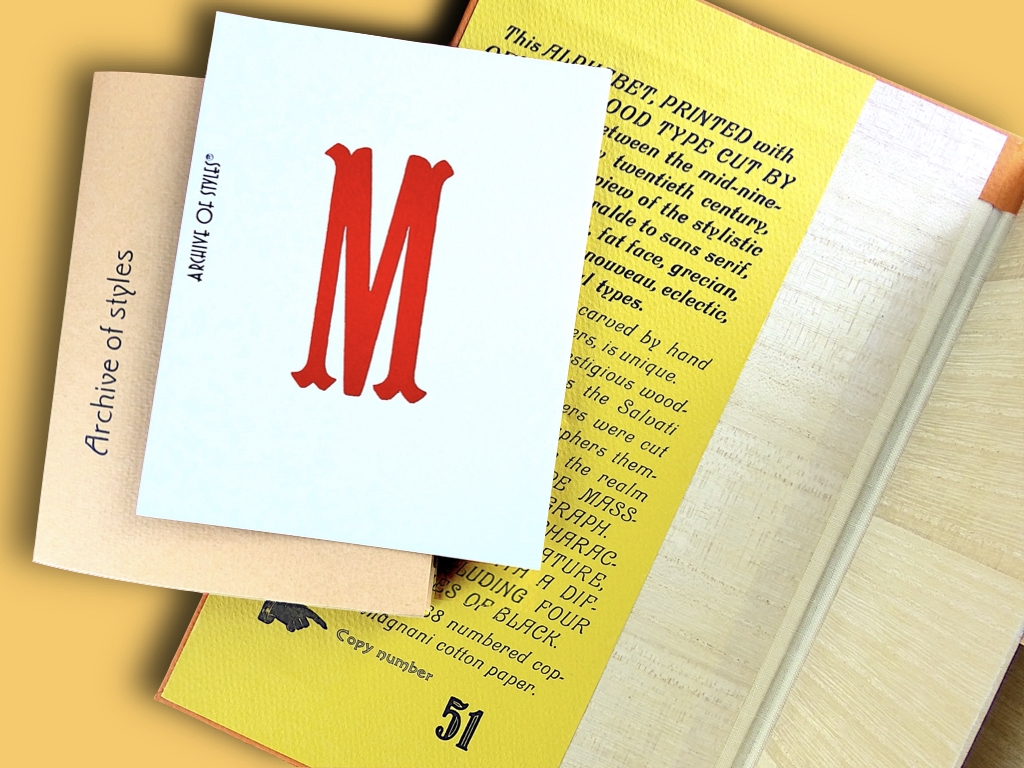 Type specimen book printed from wood types cut by hand in Italy between the mid-nineteenth and early twentieth century.

Their kaleidoscopic expressiveness, either Apollonian or Dionysian, oldstyle or fanciful, reflects the scope of Italian creativity in the field of wood type engraving.

This edition is part of the collections of major libraries, in Italy and abroad.

Some of the hand-cut wood types used for this edition: 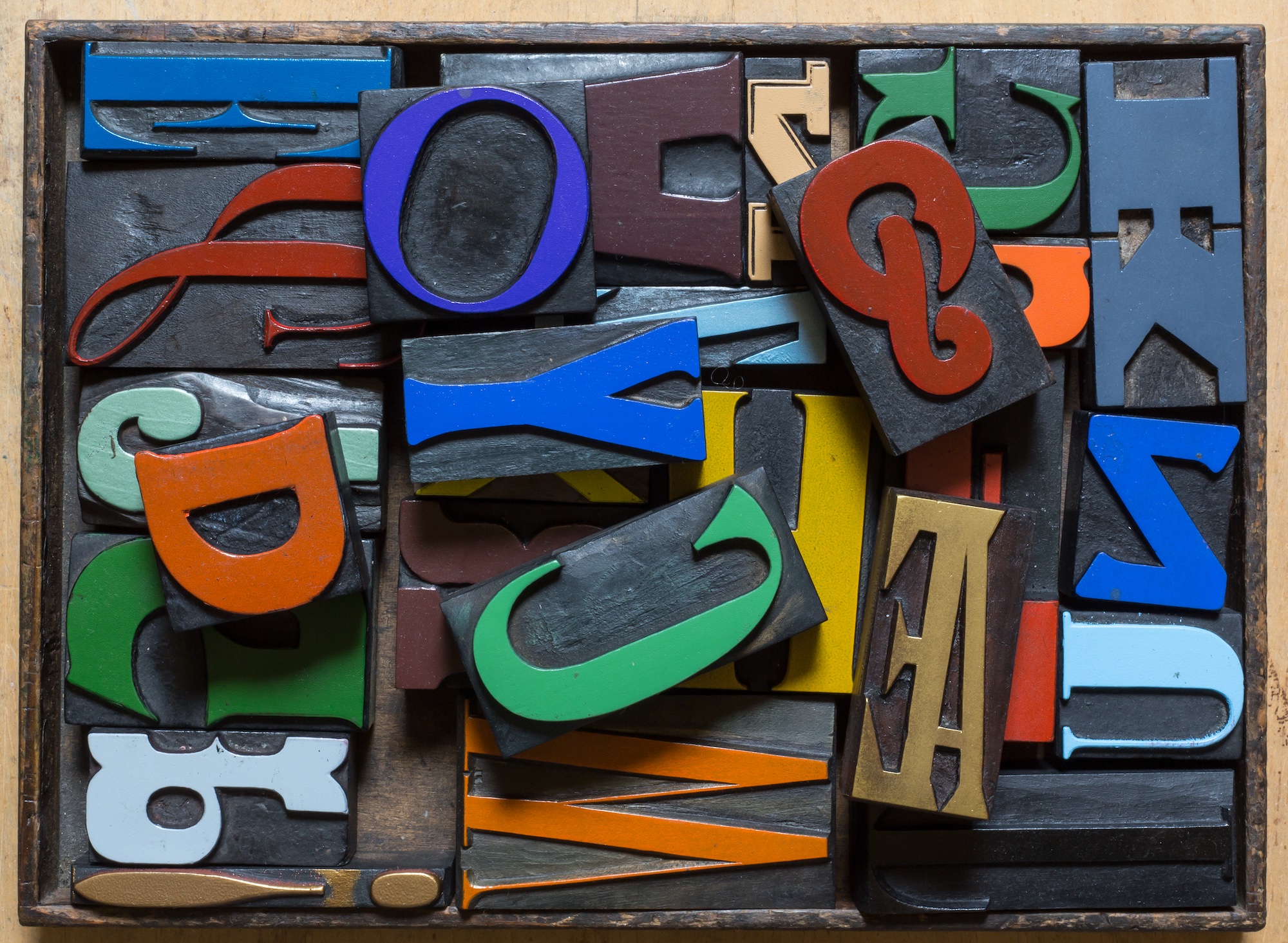 Series of 36 collectable cards, which comprehends letters, numbers and punctuation characters. In particular, besides the letters of the alphabet, the series includes numbers, punctuation marks, diphthongs and the ampersand mark.

For a century and a half, billboards and theater posters set with these iconic and expressive types had been adding much to the urban design of Italian streets and squares, characterizing them in an unmistakable manner.

Each piece of type, carved by hand using gouges and gravers, is unique. Some come from prestigious wood-type producers (such as the Salvati company in Foligno), others were cut by artisans or the typographers themselves, who did not signed them, and all lie outside the realm of serial wood type mass-produced by pantograph.

In honor of these characters’ multifaceted nature, each is printed with a different ink, including four distinctive tones of black.

The long service they have provided is evident when examining their surface. The following “T”, for instance, carved in the second half of the 19th century, shows a few extra holes, which are the work of a woodworm with artistic ambitions (some holes on the letter stem are his work as well as the holes on the shoulder of the sort): 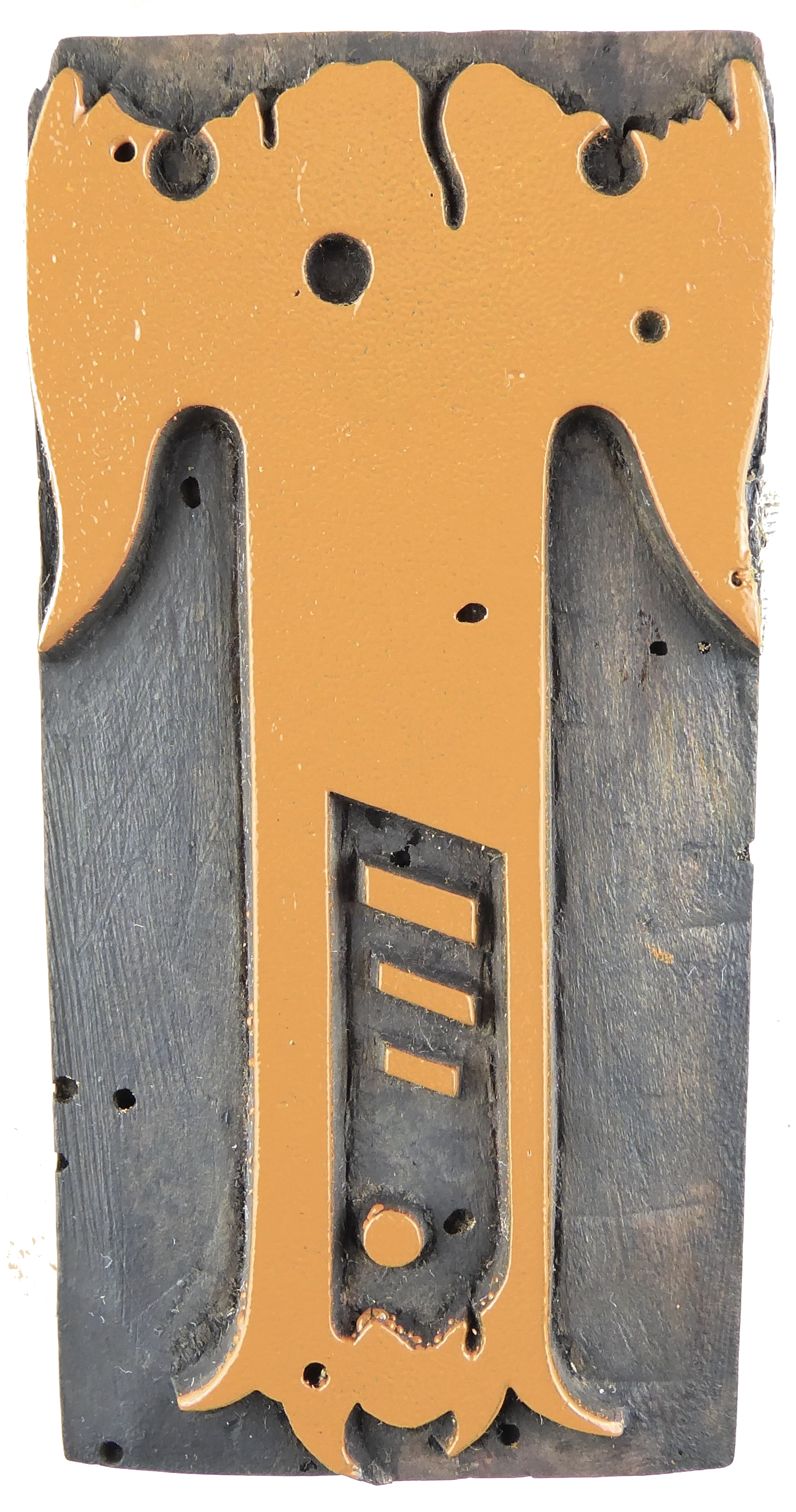 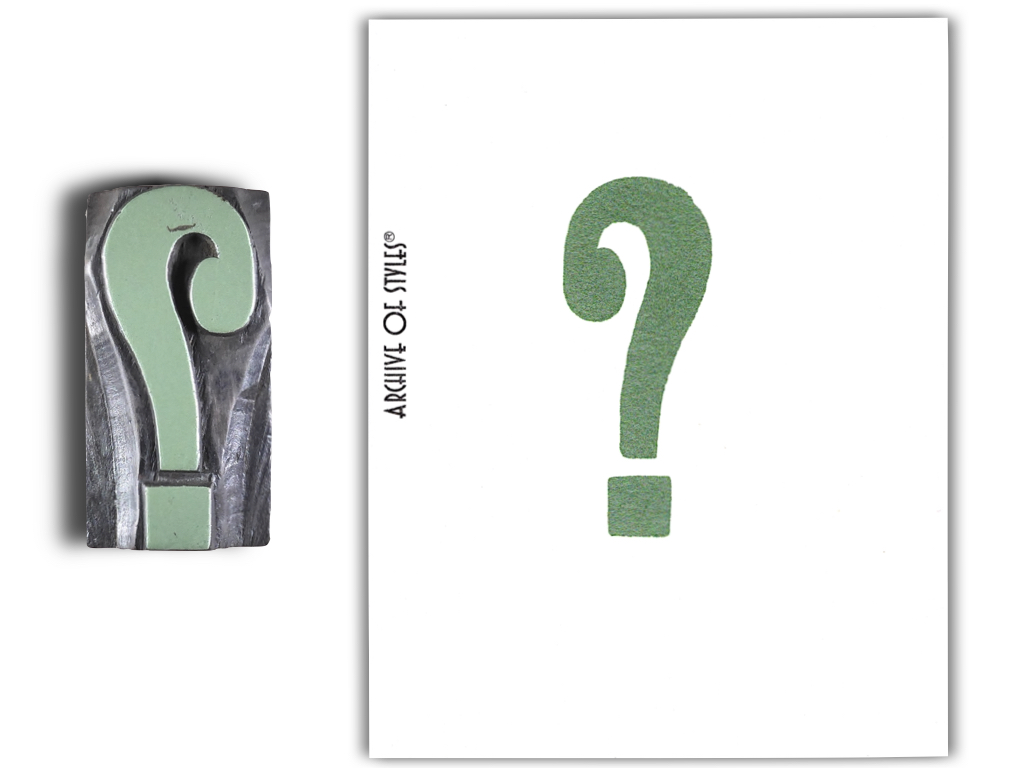 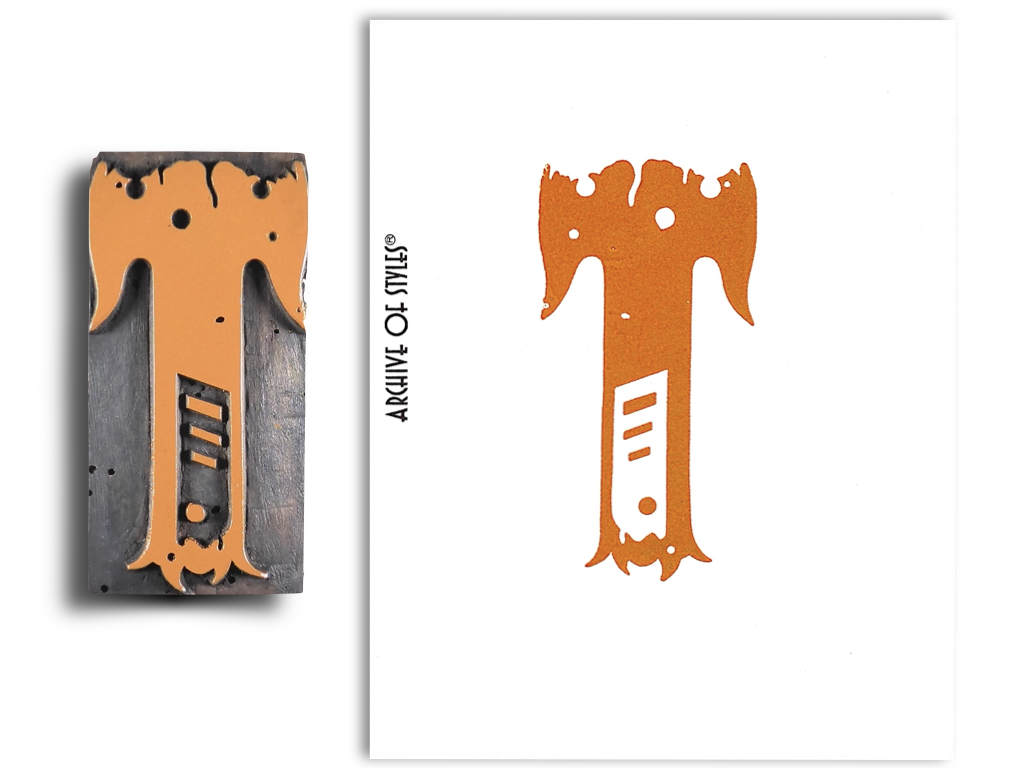 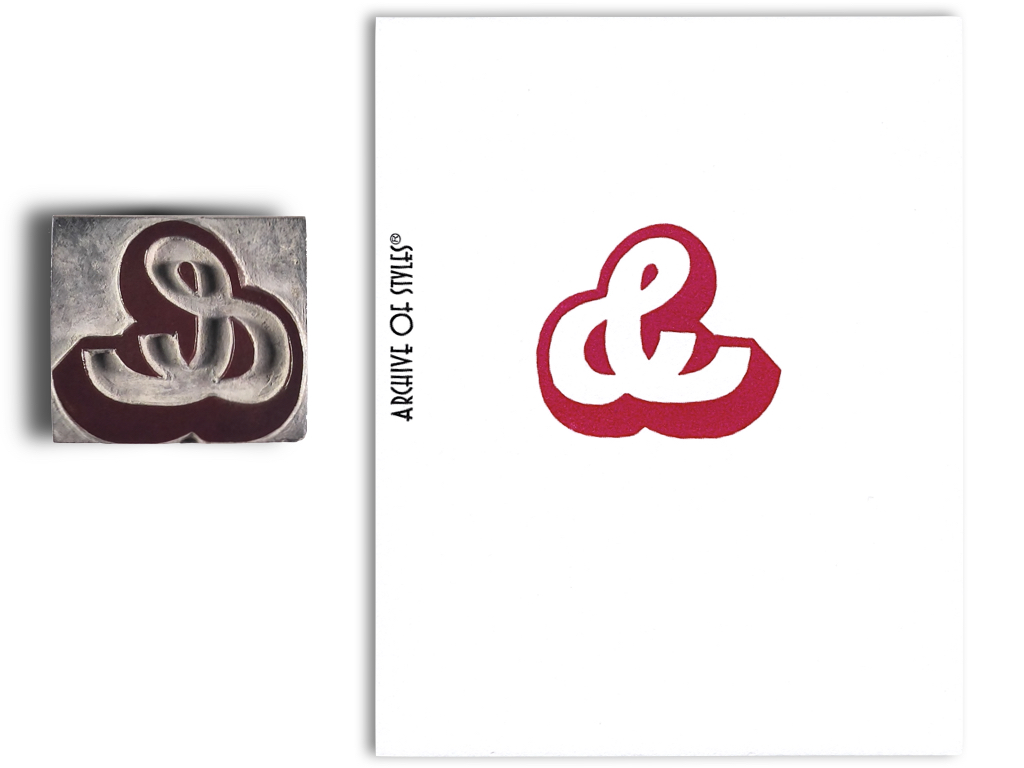 The series is housed in a box and slipcase (16x27x3 cm) hand covered with woodgrain paper made in Japan. The book title is letterpress-printed on the slipcase’s spine.

Both the book title and the text on the inside of the slipcase are handset in original art nouveau types, which were cast by Augusta Foundry, Turin, at the end of the 19th century: 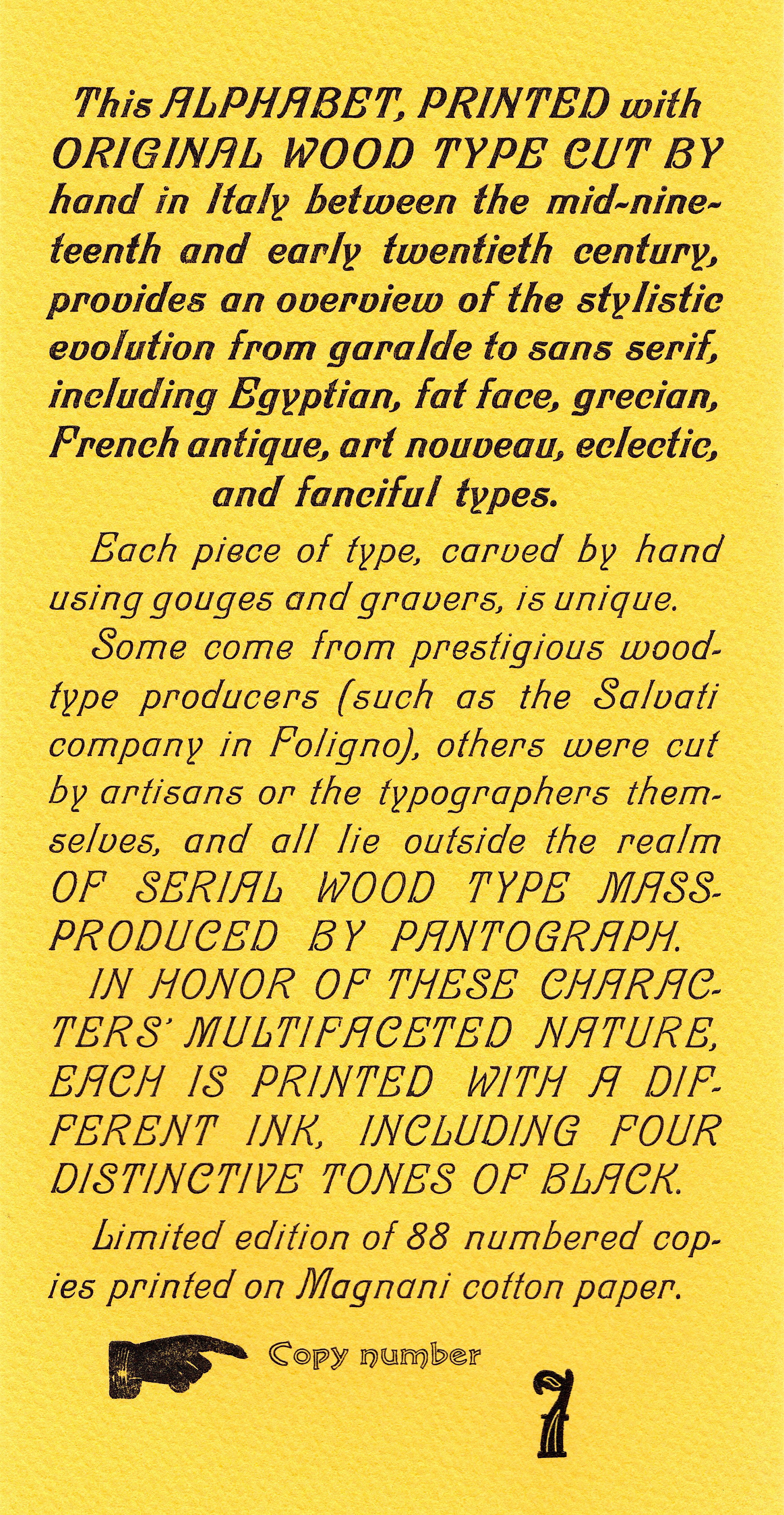 ***
The collection is housed in folders (12x15cm), each including 3 specimens. The title “Archive of Styles” on the folders is handset in original Art Nouveau moveable types.

These wood types are part of the historical assets of the Tallone Press (www.archiveofstyles.com): 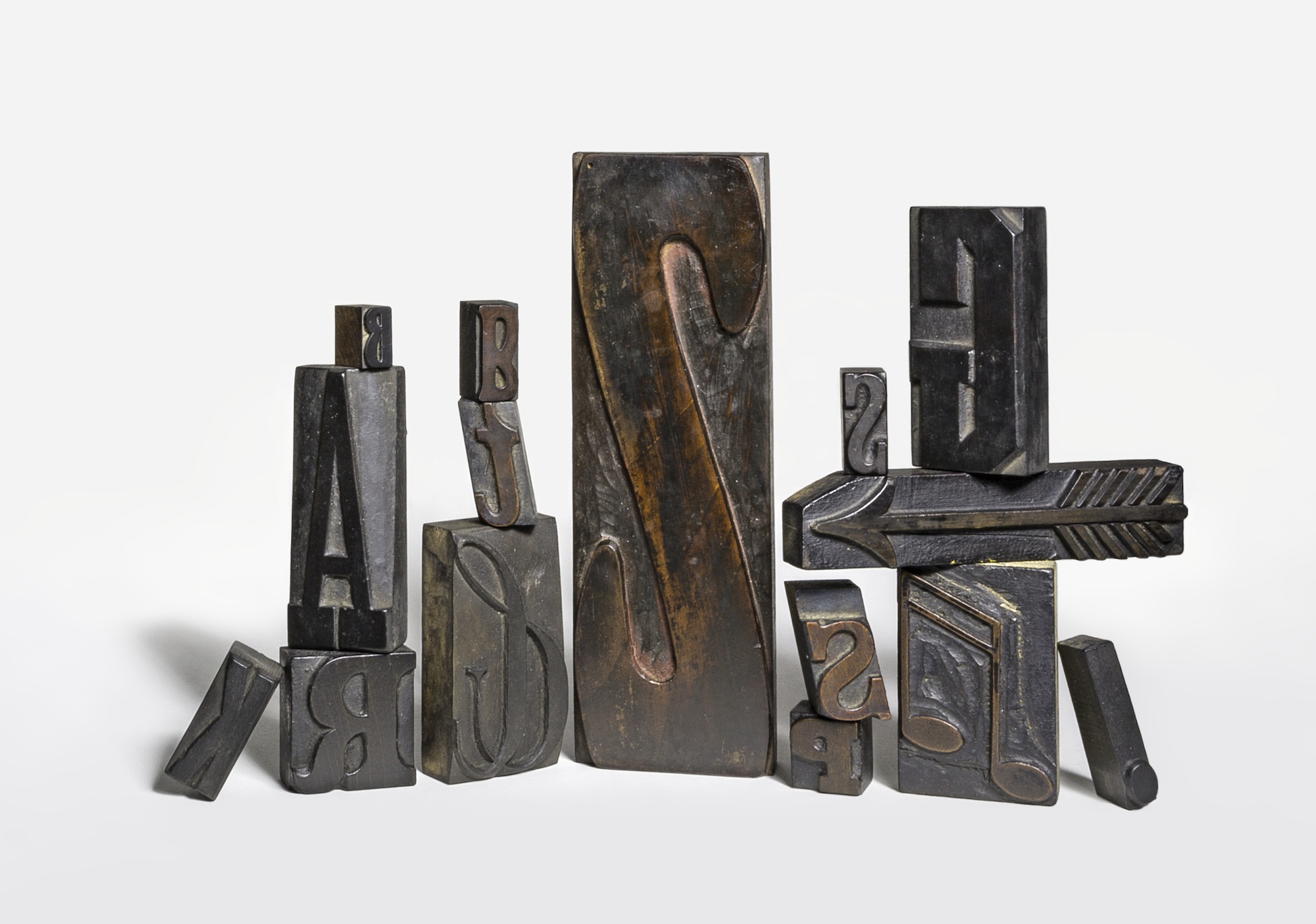 This edition is a further contribution from the Tallone Press in the field of design and aesthetic research.

The original movable types handled for the typesetting of these specimens, make them an exceptional endeavor in the contemporary printing scene.