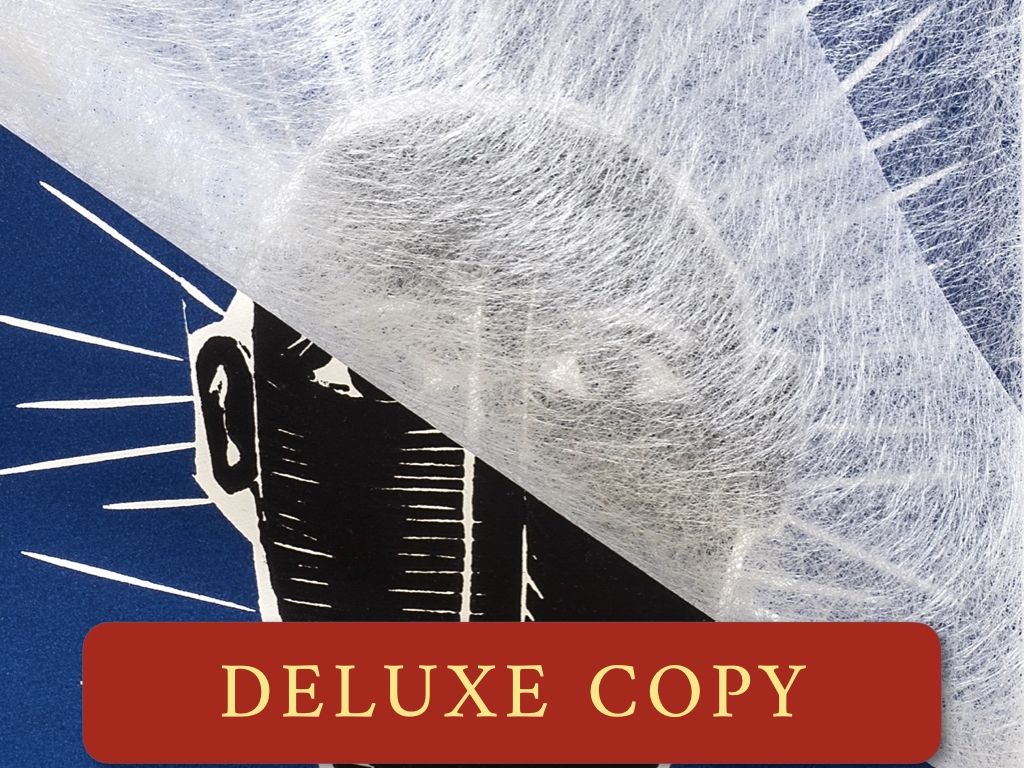 With three unpublished letters by Dino Campana, and 8 linocut by Mimmo Paladino.

Limited edition of 40 copies typeset by hand in movable types, letter by letter.

One of 40 numbered copies letterpress printed on pure-cotton Magnani paper made in Tuscany, which include 8 linocuts by Mimmo Paladino made expressly for this edition.

A total of 173 copies were printed, of which:

. 140 copies on pure-cotton Magnani wove paper; of which, copies numbered from 1 to 40 include 8 linocuts by Mimmo Paladino made expressly for this edition;

. 4 copies on Magnani “all’onda” paper, handmade in 1966 for the restoration of the ancient books which were damaged by the flood which occurred in Florence on November 4th, when the water from the Arno river invaded the rooms of the National Library;