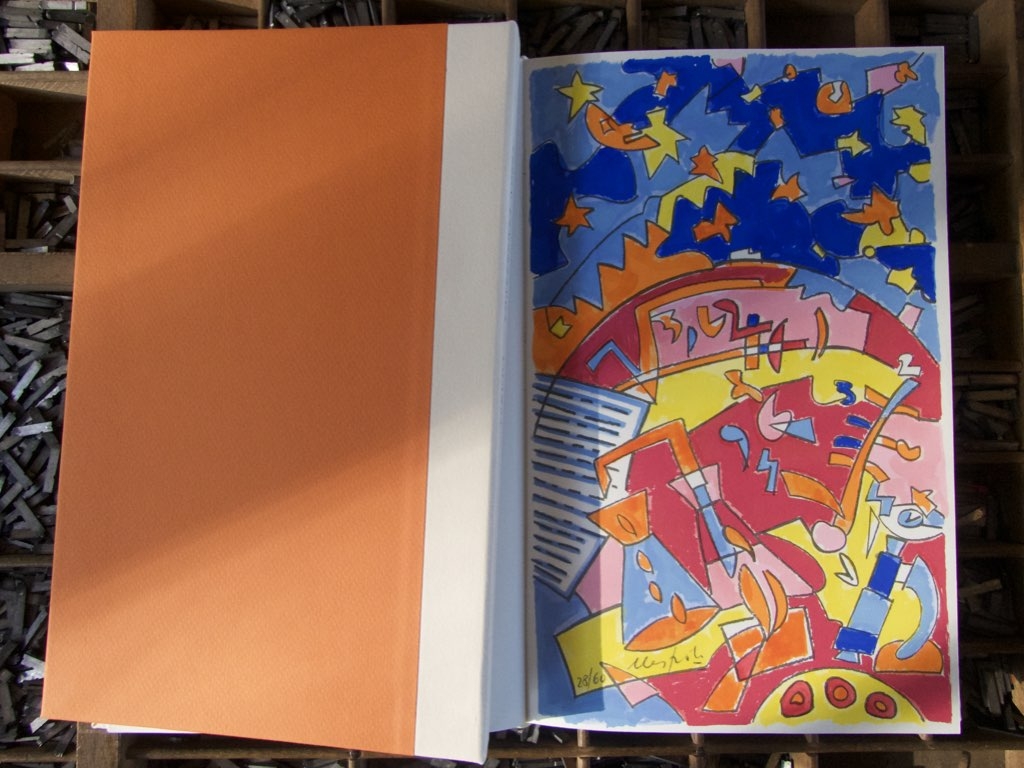 €680.00
Limited edition of 60 copies typeset by hand in movable types, letter by letter, and letterpress-printed. They include an original graphic print by Ugo Nespolo, made in stencil technique, signed and numbered.
Edition in Italian language.
One of the most memorable speech ever delivered by a Nobel laureate, it was held by Pablo Neruda in Stockholm at the Nobel Prize awarding ceremony. In the speech Neruda recounts his escape through the Andes, an adventurous journey which becomes the metaphor of the mysterious path of Poetry.
Neruda was awarded the Literature Nobel Prize in 1971; few months later, the first original edition of his moving speech was printed by   the Tallone Press. At that time it was printed in Spanish, while this second edition is now printed in Italian.

This is one of 60 copies letterpress-printed on off-white Magnani paper, made in Pescia, Tuscany, which include an original graphic print by Ugo Nespolo, made in stencil technique, signed and numbered.
A total of 300 copies were printed, divided in the following editions:
- 286 copies on Magnani paper, made in Pescia (sold out); copies 1 to 60 include an original graphic print by Ugo Nespolo signed and numbered;
- 14 copies on exotic paper handmade in China (price and images on request).
The Speech is one of the most memorable delivered by Nobel laureates. Poetically inspired, it opens with the following address to the Royal couple and the audience: “Vuestra Majestad, vuestras Altezas Reales, Señoras y Señores, venimos de muy lejos, de fuera o de adentro de nosotros mismos, de idiomas contrapuestos, de países que se aman.”
The speech continues by recounting his escape through the Andes to find refuge in Argentina; an adventurous journey of several days which – in his words – becomes the metaphor of the mysterious path of Poetry.
Finally, it ends with momentum: “En conclusión, debo decir a los hombres de buena voluntad, a los trabajadores, a los poetas que el entero porvenir fue expresado en esa frase de Rimbaud: «Sólo con una ardiente paciencia conquistaremos la espléndida ciudad que dará luz, justicia y dignidad a todos los hombres». Así la poesia no habrá cantado en vano”.
***

A volume in 8vo format (19x31 cm) of 56 pages typeset by hand in 20 point Caslon italic and roman types, derived from the original punches cut by William Caslon in the 18th century. This rare typeface is part of the vast endowment of original foundry types which have been in use since the 18th century, when the typographic studio was founded.

With the following letter (March 19, 1972) Neruda sent his Discurso to Tallone, who printed it in first edition later on that same year: 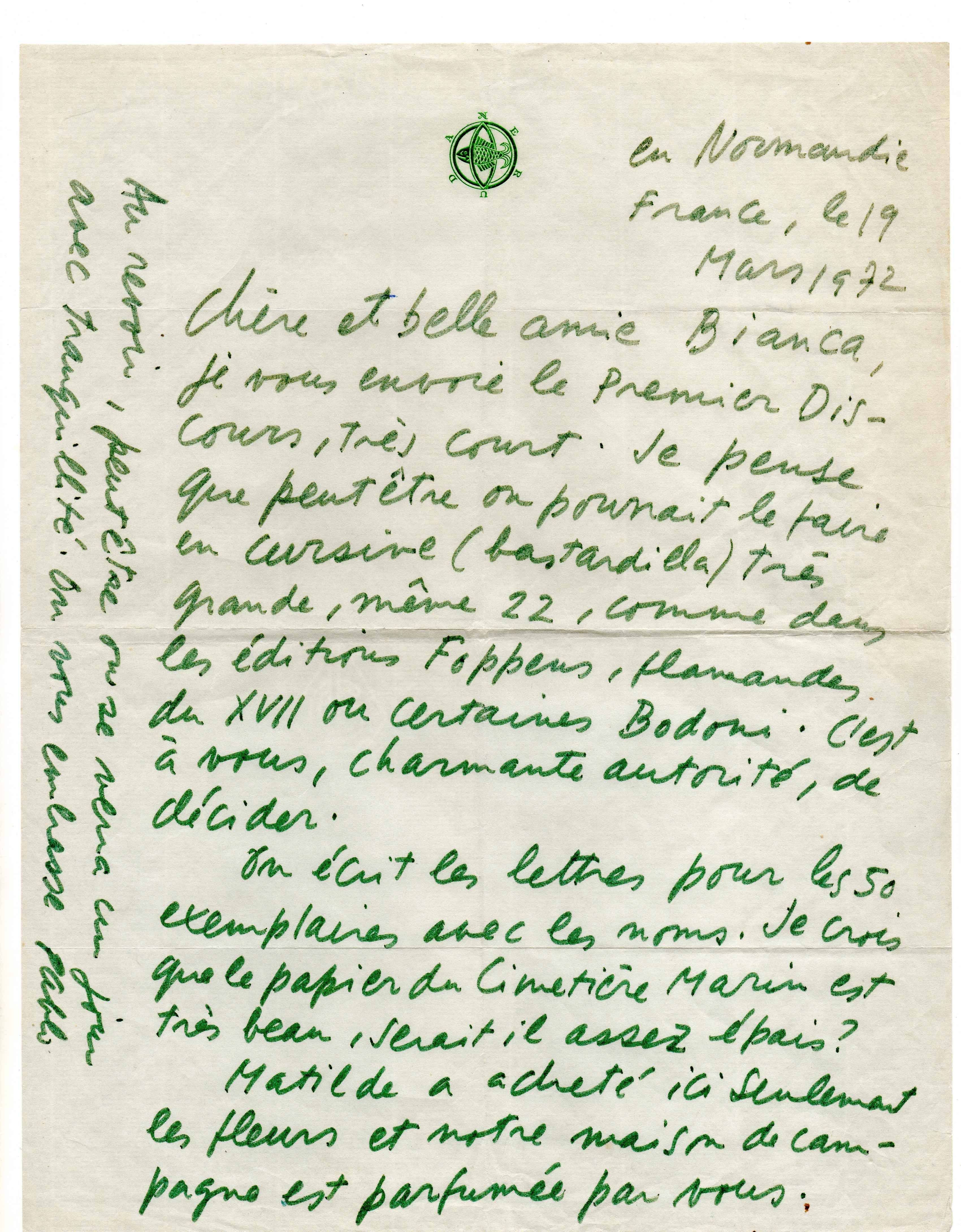 ***
The number of movable types handled for the typesetting of this book, makes it an exceptional endeavor in contemporary fine printing.
Printed on very fine paper and sewn by hand, this collector’s edition is a sophisticated gift meant to last over time and designed to give the best reading experience possible.
It is handmade in the most ancient typographic studio in the world still in activity, where handmade bookmaking and continue aesthetic research combine to give each book a unique design, never repeated in standard book series.
Neither monotype nor linotype are used. These typesetting systems from a keyboard are often passed off as manual typography. The Tallone Press also does not print from plastic plates derived from digital compositions.
***
Pablo Neruda and Alberto Tallone (1964):