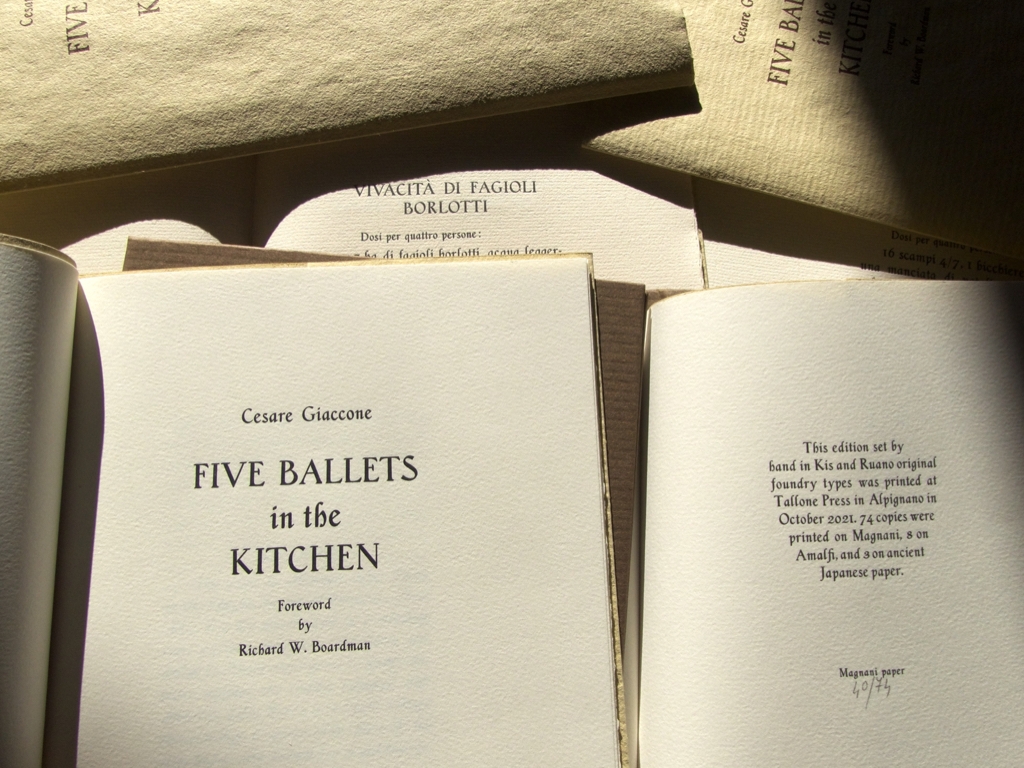 Limited edition of 74 copies typeset by hand in movable types, letter by letter, and letterpress-printed. 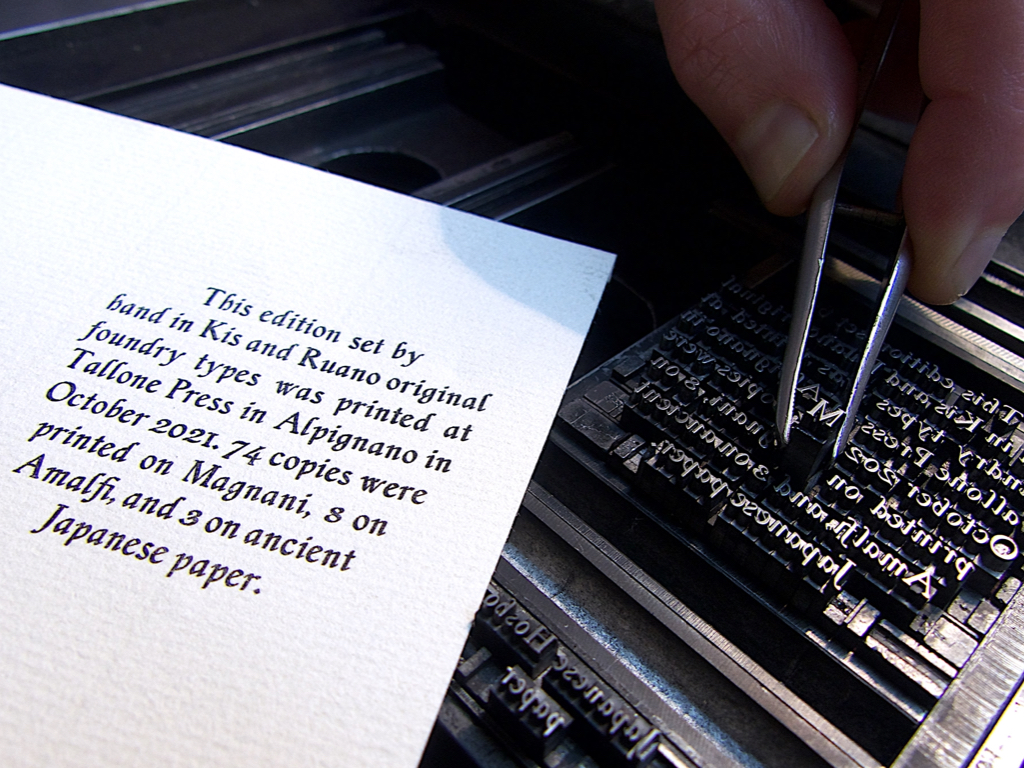 Limited edition of 74 numbered copies printed on pure-cotton Magnani paper, made in Tuscany.

«The craft of Tallone, like that of the finest cooking, rises to the level of art. The typography is conservative, impeccable. The pamphlet, a luxury, is an object to collect, an ideal gift. To purchase a copy is to support the highest level of care and handwork» Edward Behr - THE ART OF EATING

***
Moreover, for a total print run of 85 copies, the following 11 special copies have been printed: