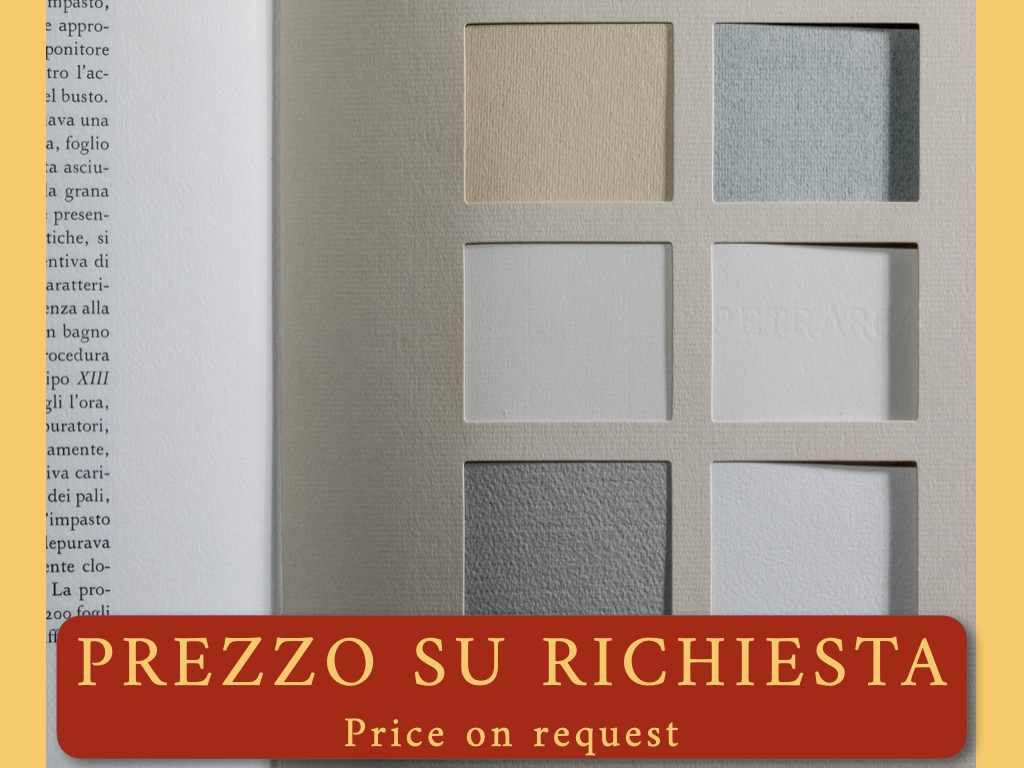 – PRICE ON REQUEST –
– STILL AVAILABLE BY CONTACTING THE PRINTER –

Dedicated to the engraving, founding and printing techniques in favour of the aesthetic of the book.

Limited edition of 265 copies typeset by hand, numbered and letterpress printed on cotton papers made in Italy (details below).

The Manuale highlights the skills and techniques of type engravers, founders and printers. Through their work, which imply many delicate passages, the ideals of beauty that originally inspired type designers  are handed on intact to the reader.

Two hundred years after the publication of Giambattista Bodoni’s Manuale Tipografico, this Manuale is conceived to provide a multisensorial experience, through the many printed samples and original inserts.

A volume in the 4to format (37x23 cm), of 208 pages entirely typeset by hand in the exclusive 12 point Tallone® type, designed by Alberto Tallone and punch-cut by Charles Malin in Paris.

Captions and footnotes are typeset by hand in Garamond type, cast by Deberny & Peignot.

More than 360.000 letters were used for the hand-typesetting of this book, making it an exceptional endeavor in the contemporary printing scene: 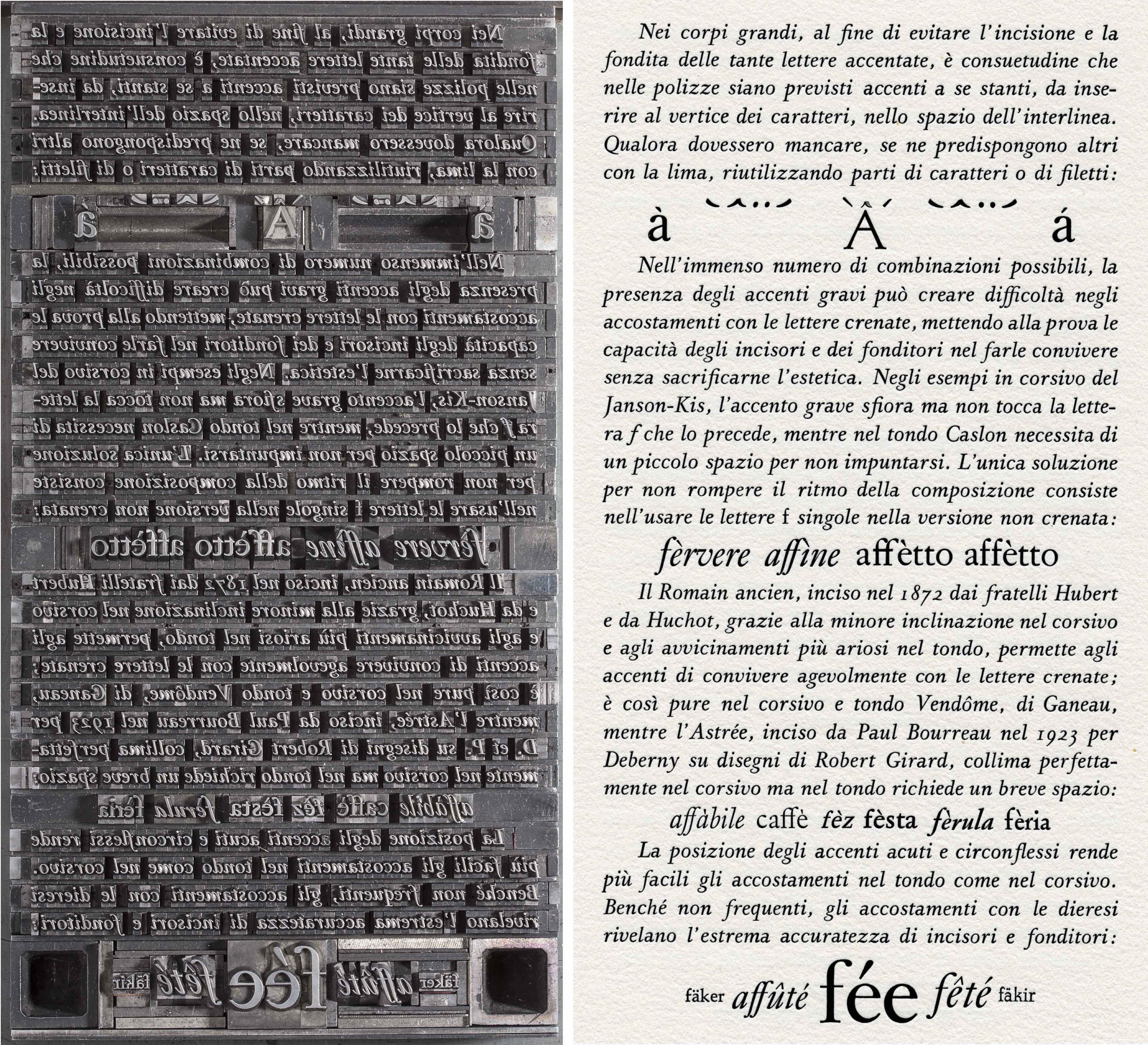 - original ancient watermarks, made in Italy, France and England, identified by date, place and the name of the maker;

- original make-ready and overlaying page, which shows how the printer should intervene to achieve a more even impression over the printed page: 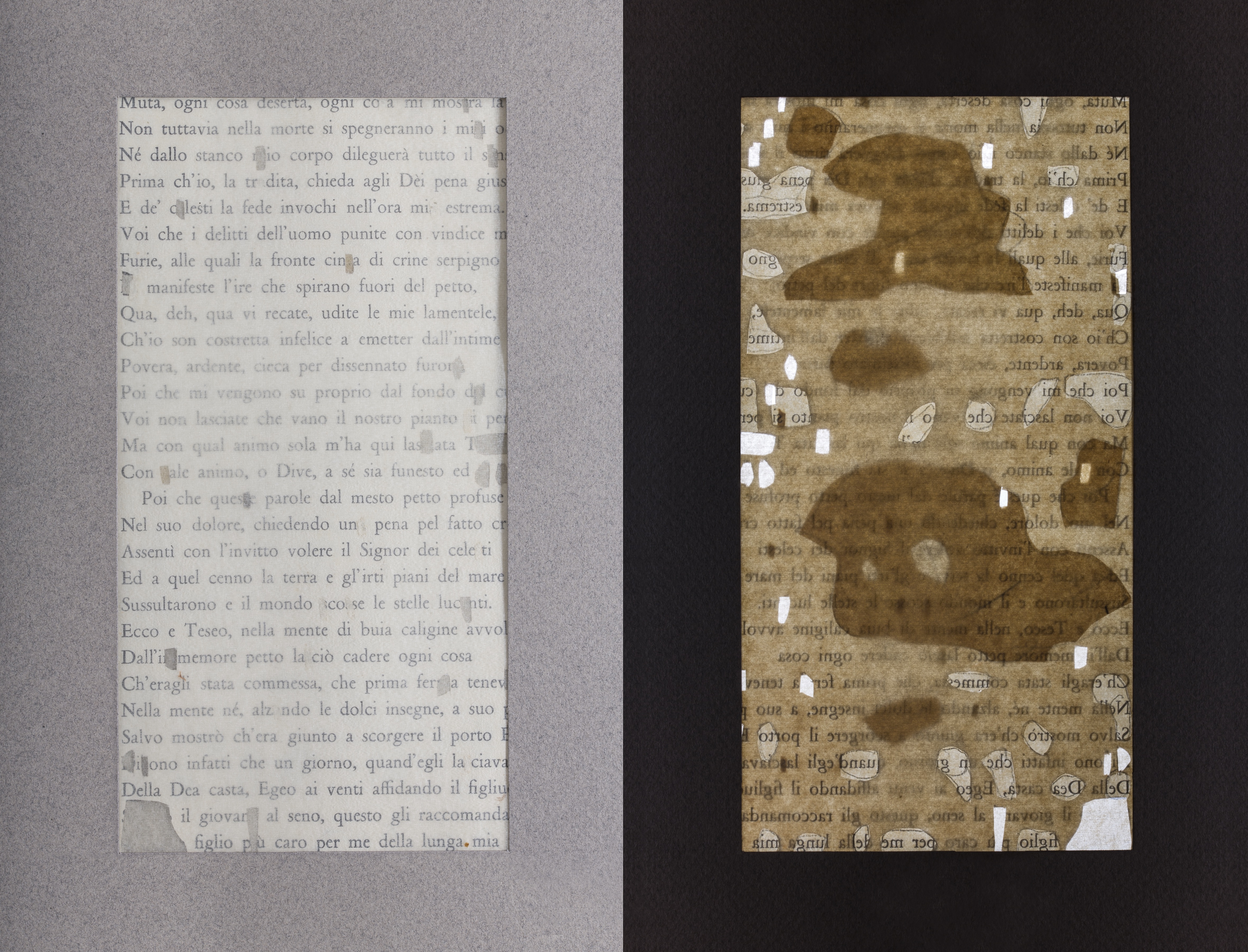 - 6 original samples of Magnani paper made in the 19th and 20th century at “Le Carte” papermill in Pietrabuona, Pescia.

- the differences between foundry types derived from hand-cut punches and 20th-century types engraved with a pantographic milling machine;

- the different states of wear; how to preserve types over the centuries and how to compensate for flaws in the printing phase.

- the ability of type-founders to determine the ideal distances between the letters;
- how engravers and typesetters deal with the unaesthetic gaps that can occur in the juxtaposition of some letters both in latin and exotic alphabets (Greek, Ethiopian, Coptic, Arabic and Hebrew);

- how to regulate pressure and inking in relation to the different kinds of paper and types.

- how apertures and sizes vary in the interpretations of different designers, from point 6 to point 72.

[The lives of the men who have preserved and relaunched the art of hand-papermaking in the Ardèches region (Montval paper), in Pescia (Magnani paper) and in Fabriano].

- Peter Thomas, The revival of handpapermaking in the USA in the late XX Century.

The book comes in the following editions:

- 126 copies on off-white pure-cotton Magnani paper. They include three ancient watermarks respectively from the 18th, 19th and 20th centuries.

- 98 numbered copies on off-white pure-cotton paper mould-made in Sicily. They include original watermarks made in the 17th, 18th, 19th, and 20th century (images and price on request)

- 20 numbered copies on pure-cotton Magnani laid paper. They include original watermarks made in the 16th, 17th, 18th, 19th, and 20th century (images and price on request)

- 8 numbered copies on tinted ancient Fabriano paper. They include original watermarks made in the 16th, 17th, 18th, 19th, and 20th century (images and price on request)

- 13 numbered copies printed on pure-cotton Umbria paper, handmade in Fabriano. They include original watermarks made in the 16th, 17th, 18th, 19th, and 20th century.